"Pupils' behaviour is outstanding. Pupils enjoy attending the school and are full of enthusiasm for their learning. Pupils feel safe and are very positive about their school. They are polite and respectful towards others. Conduct in lessons and around school is impeccable." - Ofsted, June 2014

Homework in maths, English and science is given weekly according to the timetable. Homework and project work may occasionally be set in other subjects

The most exciting bit about Year 6 is being able to go to PGL in June. You can find out more and look at pictures of last year's adventures using the following links: 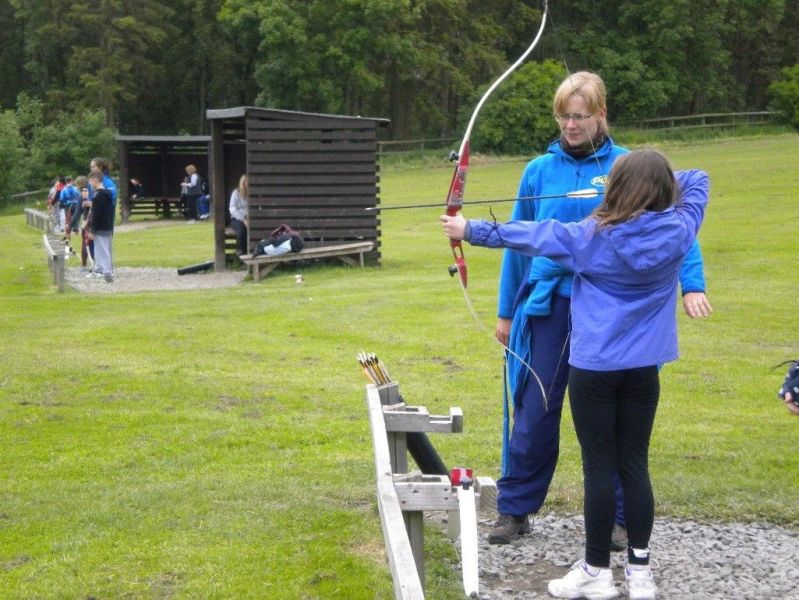 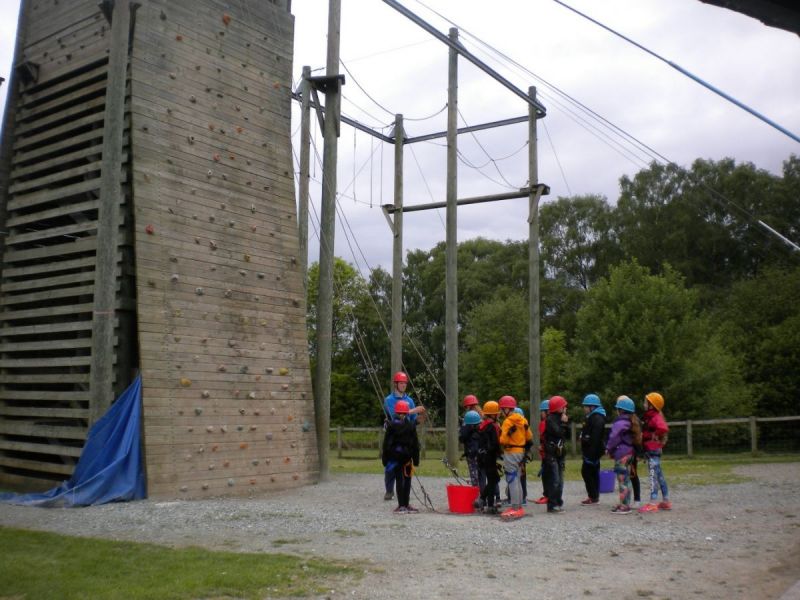 Below is an account of their time at PGL written by pupils who attended last year. I hope you enjoy reading it.

We arrived at Boreatton Park around about lunchtime. We were quickly introduced to our two groupies (Becky and Frodo) and shown around our campsite. The tents were brilliant, like old fashioned guide tents but they had proper beds in them! We then ate lunch before going to our first activity – raft building. We’d heard all about raft building from the older children and knew we were about to get our opportunity to really get our teachers back for all the writing, SPaG and Maths they had made us do over the past few months! We were about to able to splash them with cold water and hopefully drag them into the lake! We were given ‘bivvy’ jackets to keep us warm, life jackets, an oar and some rope! We then trudged back down the hill to the lake. We then spent the next forty minutes or so building our raft as a team. It was great fun and we all came up with lots of different designs. Eventually we all launched our rafts – amazingly none of them fell apart. At least not straight away! It was all calm to begin with but the splashing soon began and everyone, teachers included, was either soaked through or was in the lake enjoying a swim!

Raft building was brilliant fun and a great start to our PGL holiday. We enjoyed a fabulous dinner and then played a treasure hunt game around the park before eventually collapsing into our beds.

Day 2 started VERY early. Tents aren’t much good at keeping the sunlight out of your eyes at 4.30am! We had a long time to kill before breakfast and were playing football and other games long before we’d normally have been awake. When breakfast time finally arrived we were very ready for it! We all enjoyed a fabulous breakfast before meeting our instructors and going off to do various activities. My group did the giant swing, archery, abseiling and survival. I loved them all, but the giant swing was the most fun and the scariest! I didn’t think it looked that high when everyone else was having a go, but once I was strapped in and up there myself it really was! Gathering the courage to pull the cord was difficult, but I did it and was very proud of myself. The day finished with a campfire – which was fantastic – before going to bed. It was much quieter around the tents on the second night, everyone was very tired and fell asleep quickly.

There was no 5am football on the second morning! Everyone slept a little later – day 2 had worn us out! It wasn’t long though before we were all up, dressed and ready for our final morning of activities. Our group tackled the climbing wall and rifle shooting. Rifle shooting was much harder than I thought it would be, although some of my group were scarily accurate shots! The climbing wall was amazing and I was very proud of myself for getting to the top, although my legs felt like jelly by the time I got there!

We had lunch with the other half of the year group when they arrived for their time at PGL before heading back to school.

We all had such an amazing time at Boreatton Park and I know that we will all remember it for a long time to come.

Of course the pupils that choose not to attend PGL are not left out of the fun. Another group went and spent the day on the farm at Bonterre. Below is an account of their day.

When we arrived we were introduced to Mike, Les, Jenny and Matt who would be helping us. Our first challenge was to explore the farm and write down all the different fruit and vegetables we could find growing. We discovered a range of things such as apples, plums, pears, carrots, pumpkins, strawberries and lettuce.

Next we made a scarecrow in groups where we had to grab old clothes and dress a piece of wood that was standing in the ground and stuff it with straw to make it look like a scarecrow that would stop the birds from eating any seeds on the farm. We had huge fun and each scarecrow had its own funky outfit and individual face designed by us.

Another activity was to make wooden planters. We were allowed to use a drill and a hammer to join planks of wood. We painted the planters to decorate them. Later on we filled two with soil and planted one with some flowers and one with some tomatoes and lettuce for us to grow at school.

After this we were able to help plant some dwarf French beans. The field had been ploughed the day before so we used a tool to make a furrow and then a measuring stick to plant the seeds evenly along. Some of us followed behind carefully raking the soil to cover the seeds. We also had to complete some weeding between raspberry plants. It was really hard because we had to dig them out using large forks and trowels whilst being careful to not damage the raspberries. Some of us also explored the woods to discover some World War I trenches and use a flint to start a campfire. It was an amazing day!

I will shortly be writing to you about our yearly visit to The Old Rep Theatre in Birmingham to watch the pantomime. This is something that we have done for many years in Year 6 and is always fantastic fun. Not only is it a chance for the children to see some live theatre it is also an opportunity to let their hair down prior to the Christmas break. This year’s performance is Maid Marian & the Merry Men and I know it will be something the children will hugely enjoy.